It’s hard to believe that we’ve been to Bend only 3 times…it seems like we’ve visited many more than that. Our most recent trip was to attend our goddaughter’s baptism. Of course, it’s hard to not be tempted to bring your MTB (or at least rent one) when traveling to Bend. Last year was the first time Rose and had MTBed in Bend and were hooked. This year we brought our bikes again; however, we had the luxury of flying into Redmond vs having to drive 3 hours from Portland. This meant traveling with 2 huge bike bags was a little easier.

This trip was also our first experience with Airbnb. Nearly all of the hotels in Bend were sold out due to the Cascade Cycling Classic. We lucked out finding a place with wonderful hosts and in a good location in town. We were able to get downtown in about 5 minutes, and were only about 10 minutes from Phil’s Trail Complex.

While there are tons of MTB trail options around Bend, we opted to focus on Phil’s. We rode it last year, and it’s a lot of fun for those of us who don’t get to ride wooded singletrack very often. The one big difference between this year and last year though were the trail conditions. Bend only got about 10% of it’s average precipitation this past winter/spring, so the trails were very sandy. This wasn’t a deal killer, it just took some getting used to.

Day#1 – Hello Phil’s
A couple of quick loops on Ben’s, Voodoo, Kent’s, and Phil’s to get used to the trails. I didn’t realize that Kent’s was now broken into uphill and downhill portions. I made the mistake of trying to climb the downhill portion. I ended up walking the steep portion.

Day 2 – Starting to Whoops It Up
Exploring some more trails today. I made it up to the Helipad, but opted not to ride the Phil’s double black diamond down. I decided to ride Lower Whoops instead, and I forgot how much fun it was. I was also benefiting from more overcast skies and cooler weather…a first for us in Bend.

Day 3 – Dodging Chipmunks
A couple of easy loops after the baptism. The chipmunks were out in full force today. I have no idea why…maybe it was the cooler weather. I actually felt a few sprinkles. Not MTBing for several months is starting to take it’s toll. Today also made me remember how much of total body workout MTBing is.

Day 4 – Taking a Brake (Pun Intended) From Biking
We went hiking with friends today at Todd Lake. We had spectacular views of Mt. Bachelor and Broken Top. I couldn’t believe we hiked 8 miles. My legs were sore that night and I could barely walk. You forget how amazing the scenery is around Bend.

Here are some photos from the hike… 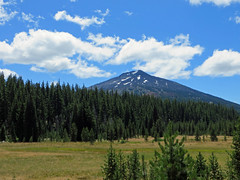 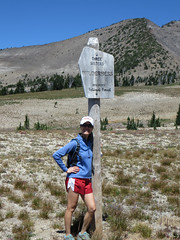 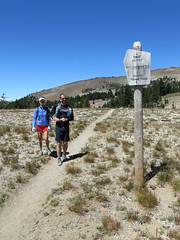 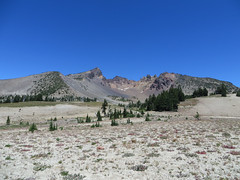 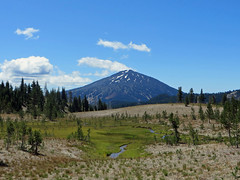 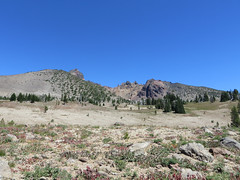 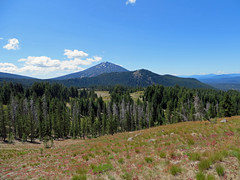 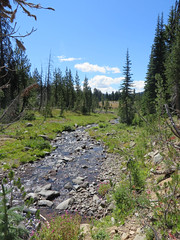 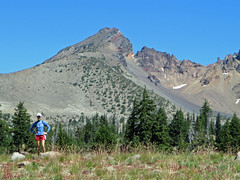 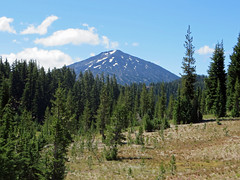 Day 5 – One Last Ride Before Going Home
Our final day on the trails was also the hottest. We got a late start due to Rose’s front tire leaking and my front derailleur not shifting. Thankfully, the trails were mostly shaded by the trees. It was over 100 degrees F in the sun, but the time we finished.

So, we’ve been to Bend three times. The first time we were living in Chicago, and I brought my road bike (Ritchey Breakaway). I found a few good routes, but wasn’t impressed with the road riding. Now that we live in SoCal, I’m happier MTBing in Bend, since we really don’t have anything like it by us.

Here’s the Strava heatmap from our three trips…you can I’ve ridden the MTB more than the road bike…;-)

This site uses Akismet to reduce spam. Learn how your comment data is processed.

Previous Post: 2015 BWR – Half a Waffle (aka, A Wafer)
Next Post: Loosing My Marbles…My First Duathlon in 10 Years